ホームホーム > ニュース > 業界ニュース > What are the Characteristics of Fluidized Bed Technology?

What are the Characteristics of Fluidized Bed Technology?

As a Fluid Bed Dryer Manufacturer, share with you. 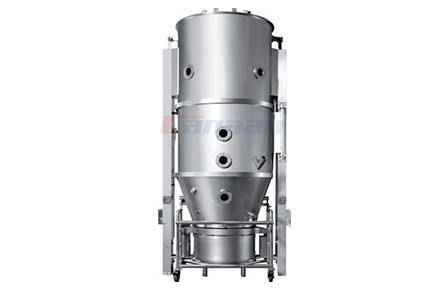 If the gas-solid fluidized bed is compared to the boiling liquid layer, the particles in the fluidized state are equivalent to the boiling liquid itself, and the bubbles rising through the bed is equivalent to the vapor bubbles in the boiling liquid. Therefore, there is a special two-phase system in this fluidized bed. The particle group in the fluidized state is continuous, which is the continuous phase, also known as the dense phase. The bubbles are dispersed, called the dispersed phase, also called the dilute phase. As long as the bed has an obvious upper interface, there will be two dilute and dense phases coexisting, but the fluidized bed in this state is generally called a dense fluidized bed. If the gas velocity increases, the upper interface of the bed does not exist, and the fluidized bed in this state is called a dilute phase fluidized bed. In the dense phase of a normal gas-solid fluidized bed, the gas flow is very slow, almost laminar. The violent impact of the particles occurs at the interface between the bubble and the dense phase, which makes the gas inside and outside the bubble generate great turbulence, thus strengthening the contact between the gas and the solid, which is conducive to heat and mass transfer. This is the benefit of bubbles, but bubbles can also cause two unfavorable conditions, namely channeling and surging.